3 Facts that Builders Should Know About Advanced Framing

Conventional framing techniques often use more materials, which increases the cost of a structure. A typical residential home that is built with traditional framing in mind has 2x6 or 2x4 wood framing members that are spaced at least 16 inches apart. Such homes also have several jack studs, stud corners, double top plates, and multiple headers, coupled with other redundant components. With advanced framing, construction is more resource efficient, leaving extra room for cavity insulation. This article reviews some top facts about advanced framing that beginners should know.

Advanced framing eliminates redundant members by ensuring that studs and wall framing members are only placed where they are needed. Notably, several techniques are used to reduce the number of framing members. For example, advanced framing utilises fewer cripples and jack studs while only incorporating one top plate and single headers. Such framing ensures that there are no extra studs that tend to cause unnecessary bridging and blocking. Most importantly, a holistic application of advanced framing techniques can help prospective homeowners realise considerable savings in energy and construction costs.

As the construction industry moves towards energy efficient techniques, homeowners must ensure that their homes meet international and national standards for energy efficiency. Advanced framing increases the space in a wall system for maximum cavity insulation. Also, the advanced wall framing method reduces the likelihood for insulation voids in walls, hence delivering substantial cost savings and energy performance for homeowners. Precisely, by constructing walls with 2x6 planks of wood framing with 24-inch spacing on centre instead of the conventional 2x4 timber framing spaced at 16 inches, a builder gets a broader insulation cavity. The large wall cavities increase the insulation rate of walls, which subsequently improve the walls' resistance to heat flow, which also referred to as a wall's R-value.

Apart from being energy-efficient, builders also want homes to be robust and durable. Vertical framing members, which form part of the wall system, bear tension and compression force which is transferred from the roof and the weight of a structure's upper levels. Advanced framing techniques are cognizant of the fact; hence, wall framing members are aligned under the trusses that form the roof system. Even with fewer framing members, the advanced framing method leads to a stronger structure if construction is done correctly. Timber frame trusses offer builders the flexibility needed to produce structurally sound walls while adhering to set building standards. 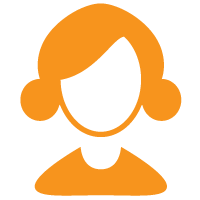